Using my October's counterfeit kit titled, All About Autumn, these scrapbook layouts reflect the original kit with unexpected colors not typical of northern hemisphere fall season. My team spirit layouts are full of patterns and vibrant colors! Unlikely pinks, blues, and black are mixed in with greens, browns, yellows, and bits of oranges. link: https://counterfeitkitchallenge.blogspot.com/2018/10/october-2018-challenge-2-show-your-team.html

My husband Joe and I are NOT sports fans. I like the Cubs but it's been awhile since I've watched a game on TV and years since I've been to Wrigley to attend a game. So as the October Guest Designer I knew ahead of time about this Challenge #2 and was perplexed about what I could do that showed team spirit. So as I came across these old staycay-vacay photos when Kenny and Karen traveled up from the St. Louis suburbs back in 2008, I decided to capture and emphasize the love and relationship between uncle and nephew. Sadly within a short time of this trip Kenny was diagnosed with the BIG C. What started out as lung cancer ended up spreading to his brain. Oh how he battled strongly for 2 years! And oh how he looked forward to his visits from his Uncle Joe!! In between visits, they talked on the phone every day. I made cards and sent frequently. We were his strongest supporters for Team Kenny. Joe was with him when he passed in late December 2010 and was a pall bearer. Kenny is missed every day.
Layout #1 of 3 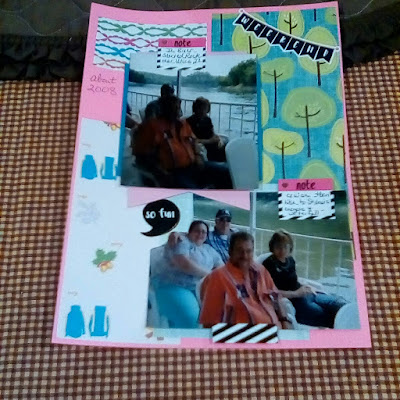 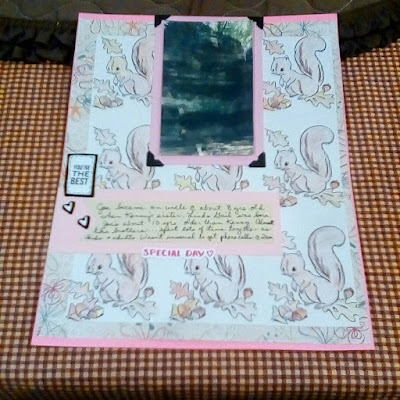 "Joe became an uncle @ about 8 yrs. old when Kenny's sister Linda Gail was born. Joe's about 10 yrs. older than Kenny. Almost like brothers...spent lots of time together as kids and adults. Wasn't unusual to get phone calls @ 2 am." 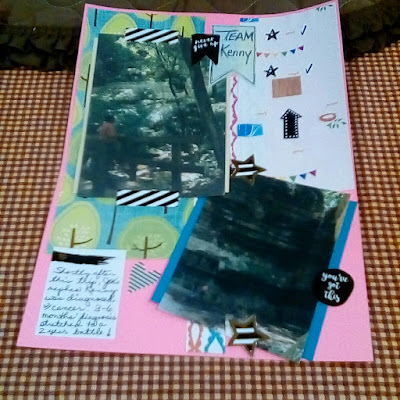 Close-up photos to see the details: Focus for the weekend was our time spent at Starved Rock State Park with the river cruise and then a hike in a canyon that's about 1/2 mile south of the river. Joe, Kenny, and Karen all grew up in the greater St. Louis area so we just had to hike to the St. Louis Canyon and it's waterfall after the cruise. At the time of this visit, Joe and I had been living south of S.R.S.P. about 20-25 miles and had made frequent trips just like this one with relatives of his and mine in previous 2 years and for 2 years afterward. From 2011-2016 we lived about 2.5-3 hours east and missed visiting the S.R.S.P. 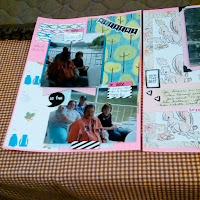 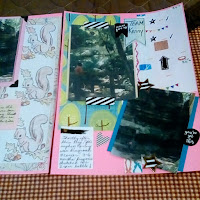 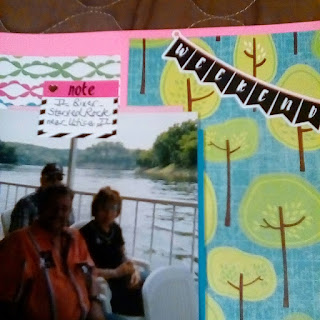 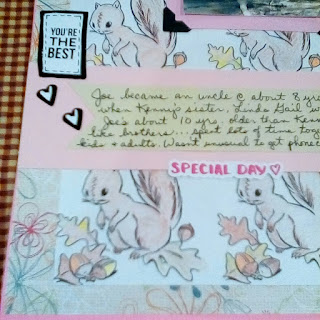 Squirrel paper was a "forgery" I made for my September CKC blog kit but didn't get to use. I used a coloring book digital image like clip art and repeated it until the sheet was full. Colored pencils were used to give a soft autumn wildlife mood and with the loopy floral paper underneath, I felt color-wise and scale-wise these were a terrific pairing. Add some pinks and black because they were noticeable colors featured in the October CKC kit picked from Wild Hare Kits. 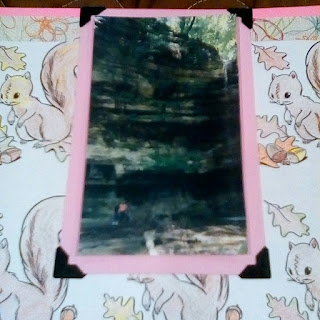 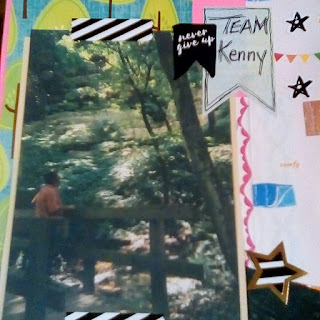 TEAM KENNY scrapbook layouts have banners, stars, arrows, hearts, and ribbon tails for those elements that remind us about cheering and being fans whether it is for a sports team, a specific athlete, musician, or celebrity.

What can you scrap this month that reflects your team spirit? link: https://counterfeitkitchallenge.blogspot.com/2018/10/october-2018-challenge-2-show-your-team.html

It's been a wonderful honor to be the October Guest Designer for Counterfeit Kit Challenges Blog! 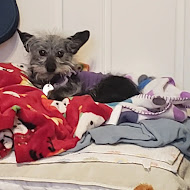 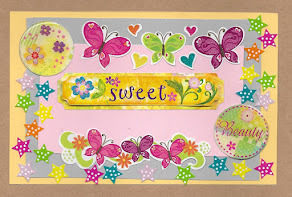 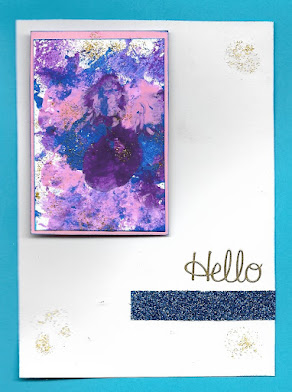 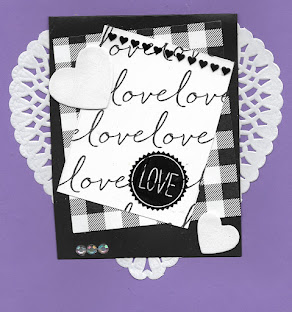 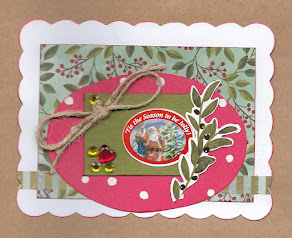 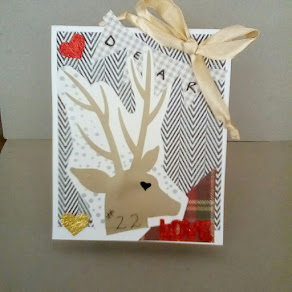 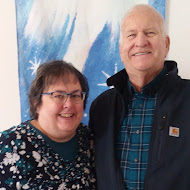 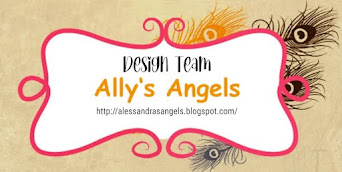 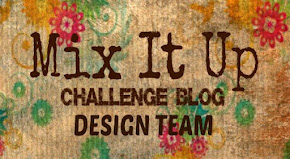 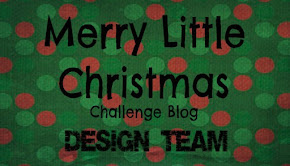 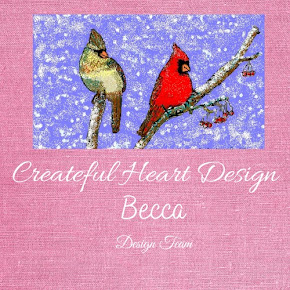 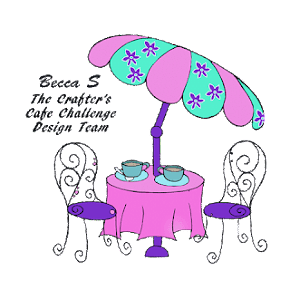